For many in the corporate world, the years fly by in the blink of an eye before an exit is either forced upon them, they simply ‘run out of gas’ or the desire to try something new becomes too strong to ignore.

For long-standing Platinum Franchise Partner Jon Downing, it was probably a case of ‘all of the above’.

But Jon was a man with a plan.

In fact, he was already planning his exit strategy when he arrived for work on the first day of his final corporate role.

“It’s so important to plan ahead and take control of the situation by taking steps to give yourself long-term financial independence once your corporate career ends ­– whether it’s forced upon you or not,” says Jon.

“There are things you can do to build some long-term financial security so when things change, as they inevitably do in the corporate world, you have that safety net there.”

Jon’s career took in roles at financial giants like Visa and American Express and while he eventually exited the former with a profitable HMO property business in place, he was also wounded by the swinging axe of corporate life.

“There’s almost a permanent cycle in corporate life where every few years businesses look to move things offshore or relocate staff, so the notion of a ‘job for life’ really doesn’t exist anymore,” says Jon, whose portfolio of HMO properties is based in Brighton on the south coast.

“It’s vital to plan ahead, rather than waiting for it all to end and having no options like many people in corporate life do.”

So, what are Jon’s top tips for planning an effective corporate exit strategy? 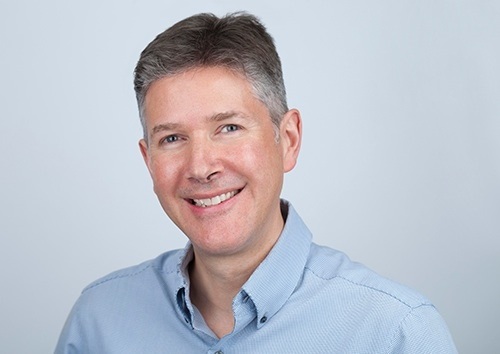 “It’s always better to plan ahead rather than waiting for your corporate career to end and then making decisions, but many people in corporate life fail to do this,” says Jon.

“When I joined Platinum, I thought it would take me around four to five years to develop the property business I wanted, so I had a five-year plan in place that would eventually lead to my permanent exit from corporate life.

“In that period, I grew my portfolio to three properties, all while holding down a fairly busy corporate role with lots of international travel, so it can be done, although it would have been so much harder going it alone outside of Platinum.

I didn’t take any money out of the property business for the first five years, as I was still earning.

“So, that gave me a really strong financial safety net for when I did exit corporate life and some pretty substantial assets for the future, which are still growing in value now.

“I think everything that’s happened over the course of the pandemic has started to focus people’s minds a little more on the future because everyone has now seen the kind of unpredictable things that can, and do, happen.

“I think more corporate people are now looking at contingencies and ‘Plan Bs’, and that can only be a good thing.”

2. Start with the end in mind

“Even if you’re right at the beginning of your corporate career, it pays to start with the end in mind,” says Jon.

“It’s important when you go into corporate life to think about what your desired outcome is.

“Of course, you want to enjoy your role and work with great people, but it also pays to accept that corporate life can come to an end at any point.

“When I joined Platinum, I wanted to build a portfolio that would give me financial independence.

“So, when I started what was to be my final corporate role, I started very much with the end and my exit in mind.

“Although I had some amazing experiences in that job, I was very much focused from day one on what was going to happen after I’d exited.”

“This will help you to consider what you need to do to achieve a certain level of financial independence after corporate life,” Jon says.

“I developed a property investment strategy which came from the Platinum Power Team’s sound financial advice, and that advice is absolutely key to planning a corporate exit.”

4. Understand who you are and what you want

“It’s hugely important to understand what you want from your future, so you can put the mechanisms in place to achieve those goals,” says Jon.

“When I left a corporate role before joining Platinum, I was very motivated to take control of my own destiny.

“I understood my core capabilities and that was key alongside having the right mindset to be a business owner, be effective and self-supporting but also know when to draw on the expertise and support of other people within Platinum.

“I really understood who I was and what I wanted and that’s crucial when planning how you want your corporate exit to pan out.”

For Jon, building his own property business hasn’t only been a route out of corporate life, but a positive life experience.

“My exit from corporate life was four years ago now and I spend a bit of my week managing my properties and the rest of the time doing what I enjoy, which is consulting with start-ups and scale-up businesses,” he says.

“The money from that tends to ebb and flow a bit from month to month, but I don’t have to worry because I have the steady income coming in from my properties.

“It’s given me a very well-balanced life where I can focus on the things I’m really passionate about. It gives me freedom of time and choices over what I want to do with that time.

“The philosophy, approach, structures and systems were what really attracted me to Platinum, as well as being able to do what I wanted to do alongside a great community of people who were either doing, or had already done, the same thing.”

Find out more about the opportunity with Platinum Property Partners by clicking below now!

Redundancy is never easy, even if you do receive a financial package to soften the blow.

Franchisee Paul Watson was the main breadwinner of the household and in a senior corporate role when he had a redundancy forced upon him.

Platinum Property Partners We look at three of the most common look at three Brexit property investment ‘myths’ and uncover some cold hard facts about why investing in property remains a great decision for many, deal or no deal.

Top 5 dates to be aware of this year!

Last year was a whirlwind for property investors, and this year looks likely to be jam-packed too. Because of this, Platinum Property Partners look into a few dates we should all be aware of in 2019!

Don’t try to teach yourself how to be a professional – that’s what Platinum Property Partners is here for.

Platinum Property Partners (PPP) feel that this is a great opportunity to take a look at women leading the way in the franchise industry.

COVID-19 has really stress tested the model, we've seen it in action and it's given us confidence that it's really robust for the future.Paul Reynolds - Franchise Partner

We can't imagine trying to navigate the uncertainty of the COVID-19 pandemic without the help and support of Platinum and the other Franchise Partners. Feeling part of this community is very special to us.Alex and Emma - Franchise Partners

No one can join PPP with all the necessary skills and experiences. You don't have to. You will be mentored to achieve things you don't know how to do regarding terms of purchasing property, refurbishing property, finding tenants and operating your houses.Mark Ridout - Franchise Partner