Request Further Information
ProfileRequest
Nina Moran-Watson is a leading independent franchise expert serving the franchise industry for almost twenty years. Nina is a qualified solicitor and consultant specialising solely in business format franchising and offering a truly comprehensive service. She is an affiliate member of the British Franchise Association (BFA) and one of only six lawyers on the BFA’s Legal Committee. Nina has also served as an elected member of the Policy Board of the BFA. 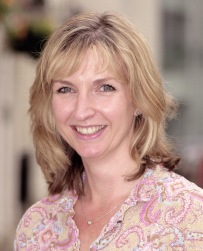 Q What Services can Nina Moran-Watson provide for franchisees?

The principal service offered to potential franchisees is a comprehensive report on the franchise agreement provided by the franchisor. This is undertaken for a fixed fee payable in advance. It is intended to assist you to make an informed decision as to whether or not to proceed with the franchise.

Q Why might you need legal advice and for what?

A Invariability, the franchise agreement will be in standard form and not subject to negotiation but it is vital that you understand what you are signing up to. Nina will outline your key rights and responsibilities under the agreement highlighting anything which is unusual or, just as important, what may be missing, together with areas for clarification with the franchisor. Having advised on literally hundreds of agreements, Nina has an in-depth knowledge of what should and what should not, appear in an ethical business format agreement.

Q At what stage should you approach a solicitor?

A Usually at second interview stage you will be given a copy of the franchisor’s standard franchise agreement and you should be advised by the franchisor to seek independent legal advice form a BFA affiliate solicitor. Nina generally quotes a turnaround time of a week to 10 days in order to provide her report on the agreement, you will then need to digest this, ask Nina any questions (all within the fixed fee) and then liaise with the franchisor, before making a final decision as to whether to proceed.

Q What is a Franchise Agreement?

Q What should a Franchise Agreement contain?

A The Franchise Agreement should comply with the BFA Code of Ethics and in particular should include the grant of rights for a period of time, the right to renew after this time, the fees payable both initially and ongoing, an obligation on the franchisor to provide training and support, your obligations concerning protection of trade marks and other intellectual property, your operating, financial and other general obligations, the circumstances in which the franchisor may terminate the agreement before the end of the term, the right for the franchisee to sell his business to an approved purchaser, together with the consequences of termination. It should also contain some form of dispute resolution procedure, for example referring to the BFA Mediation Scheme.

The most common questions that Nina is asked by franchisees or prospective franchisees are:

Q Can I rely on representations made to me by the franchisor as to financial performance or otherwise?

A No, any representations which you rely on in making the decision to sign the franchise agreement must be set out in writing and be attached to the agreement. Undertake your own market research and due diligence and speak to as many franchisees as possible a full list of whom should be given to you by the franchisor.

Q What happens if I decide the franchise is not for me?

A You cannot just walk away from the business – it is your business and your responsibility. In any event you will not receive any refund of fees paid if you decide to cease trading. You will be in breach of contract and the franchisor may claim damages against you for the loss of fees it may have received if you had continued to trade for the balance of the term.
Request Information

An opportunity to join ‘the Herd’, by owning your own Mooeys Salon Franchise and running a profitable and proven Na… t.co/DsjVrw1i0C