Retail & Premises-Based Franchises and High-Investment UK Businesses For Sale
Find Franchises and Business Opportunities in South-West England
The South-West of England is beloved by many UK people with its beautiful scenery but with lots of towns and some cities through the region the scope for franchise business development is extensive. 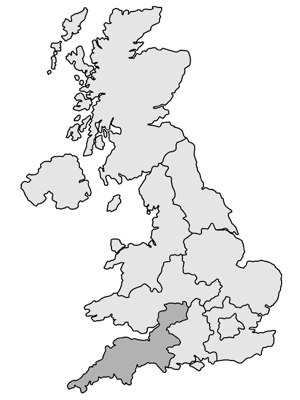 Many people dream of relocating to the South-West of England, drawn by its stunning coastline, milder Winter climate, and steeped in tradition away from the hustle and bustle of major city life.  The flexibility of franchising means that it is possible to build a succesful business based in many parts of this region as long as careful business planning with the support of the franchisor is carried out.

The South-West region stretches from Gloucestershire and the Cotswolds on its northern border down to the jurassic coast around Weymouth and Portland to the south. Spreading west bordered by the sea until the tip of Lands End reaches the Atlantic Ocean, the South-West of England is a beautiful region with a mix of traditions and with much of the region heavily based around tourism.

There are large numbers of towns all throughout the region with population centres dense enough to support a great range of businesses.  In the north-east of the region, Bristol, Gloucester, Cheltenham are the largest locations, whilst Bath, Taunton, Exeter and Plymouth are the larger places in the midst of the region.  Cornwall, whilst not having any one location with a very large population, still has St. Austell, Falmouth, Newquay, Truro, Cambourne, Penzance and Redruth all with populations in excess of 15,000 people.

See if the postcode areas you desire are available by exploring the locations below.